The Midlands LGBT community is being urged to come together inside Birmingham’s Council House next Thursday morning (29 August) to support the Gay Village’s Nightingale Club against  a developer’s desire to build 116 apartments next to the venue.


Prosperity Developments is hoping to receive permission from the council’s planning committee to demolish existing buildings and develop a nine-to-12-storey apartment block at 16 Kent Street, the Amusement 13 site. The planning committee will make their decision at 11am on Thursday 29 August.

If the development goes ahead, it could seriously endanger the future of both the Nightingale and, given the venue’s significance to the LGBT community, the Gay Village itself. 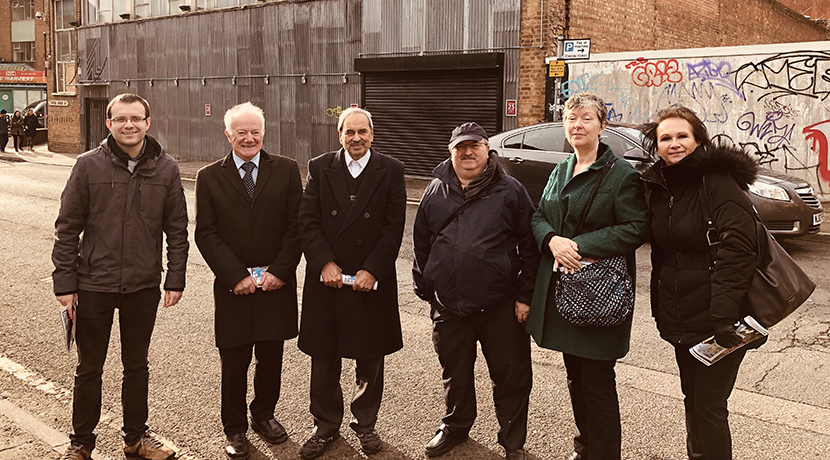 Planning committee in the Gay Village

The council’s planning committee visited the Gay Village on two separate occasions at the start of the year, once at nighttime and once in the day, to assess the area’s viability for future development, and were made aware in a public meeting attended by over 50 people of problems connected to building residential apartments in close proximity to the area’s bars & clubs.


Commenting on the threat, Nightingale owner and Birmingham Pride Director Lawrence Barton said: “The proposed build next door to the Nightingale endangers the future of the whole Gay Village. The Gale has been the long-term anchor around which the city’s gay scene has evolved and developed, and if the venue is suddenly undermined or, worse still, required to shut down because of complaints about noise levels from residents next door, then it’s easy to see how the Gay Village could also face extinction.

“Birmingham’s reputation as a diverse and progressive city will be destroyed, the nighttime economy seriously damaged and Birmingham Pride - which was this year voted the best Pride in the UK - profoundly diminished in status. Not only all that, but the LGBT community will no longer have a place where they can feel safe - and at a time when the No Outsiders controversy and the rise of the far right have caused an increase in homophobic assaults and hate crimes.” 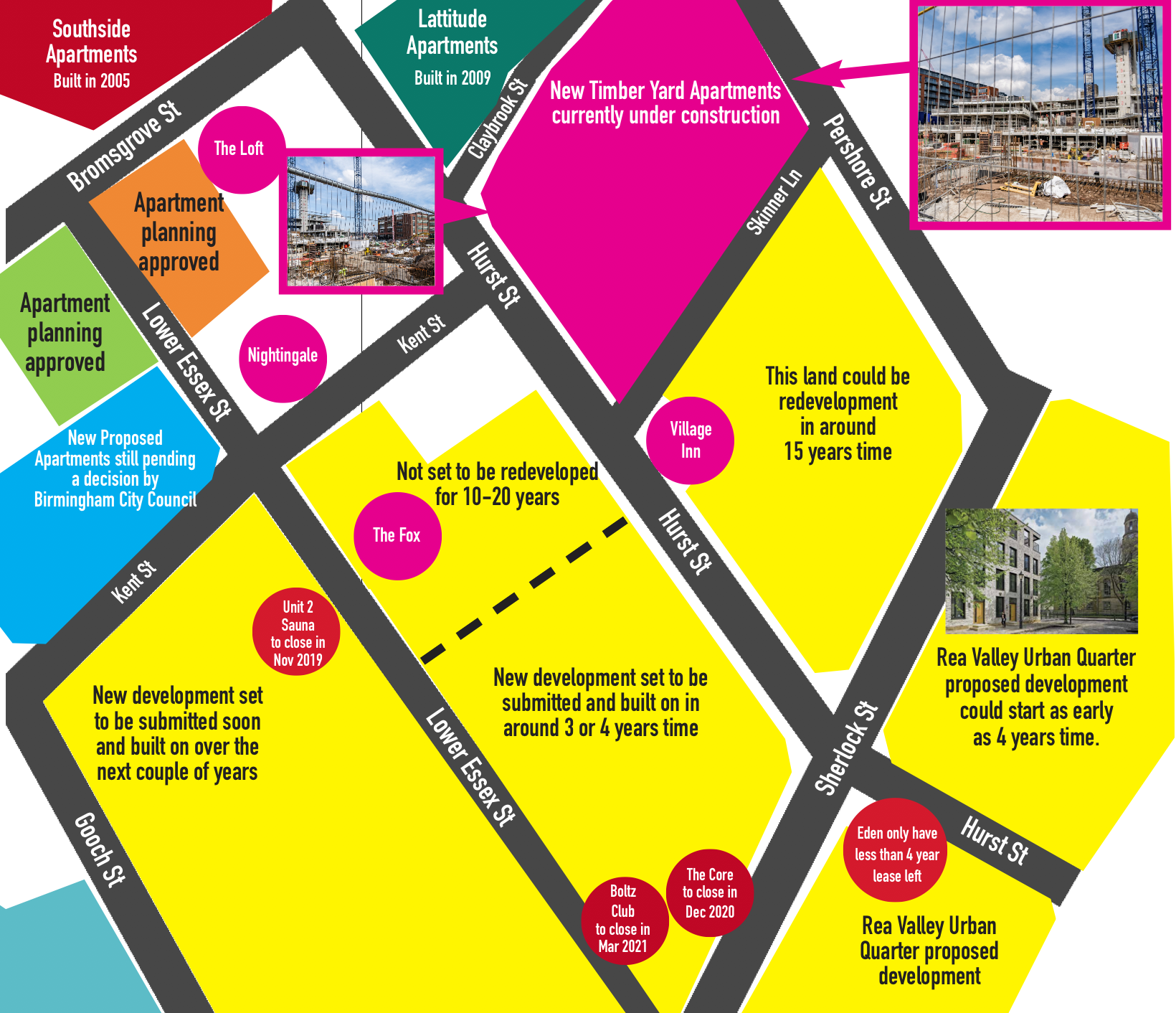 Current and proposed developments in the Gay Village

The clear-and-present danger posed to the city’s LGBT community by next Thursday’s council planning committee meeting comes on the back of recent concerns about the future of another popular Gay Village destination - Eden Bar on Sherlock Street. The venue is currently facing the prospect, if planning permission is granted, of being surrounded on three sides by residential developments. Its owners have held public meetings with the council in an effort to raise awareness of the dangers posed by the building of new apartment blocks.


“Residential developments need to be sympathetic to the existing profile of the area in which they’re built,” continued Mr Barton. “Venues such as those in the Gay Village - which offer a safe space for a minority, provide a real boost to the economy and add a massive amount to the city’s cultural offering - do not sit well alongside apartments where entirely reasonable people are looking to get a good night’s sleep and, particularly in the summer, might like to do so with their windows open.

“While we are keen to see Birmingham continue to develop and evolve, the truth is that not everywhere within the city’s confines is appropriate for masses of residential buildings. The Gay Village is one such area, and next week’s planning committee meeting could see the green light being given to a development which will ultimately sound the death-knell for the city’s LGBT community.


“I urge everybody to do their utmost to get along to the Council House at 11am on Thursday 29 August, to show the strength of support for the continuing wellbeing of the Gay Village, the LGBT community, Birmingham Pride and the city’s nighttime economy and cultural offer.

“This is a massive moment for all of us, and we need to show our strength, solidarity and resolve in the face of an extremely serious threat to our very survival.”